Abstract: “When creating competing models of economic fluctuations, researchers typically introduce frictions in their models aiming to replicate the observed movements in the data. This paper implements a business cycle accounting procedure for the Swedish economy. Both the 1990’s and 2008 recessions are given a special focus. Evidence is provided for properties that structural extensions to the business cycle model need to have in order to replicate the movements in the data. Distortions to the labor market and movements in total factor productivity are the most determinant features to be modeled with respect to real variables as well as deviations from a Taylor rule for interest rate setting, though the latter plays little role for both the 1990s or 2008 recessions. The distortions seem to share a structural break during the 1990s crisis but not so during the current one.” 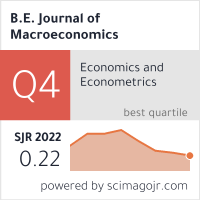